Tesla’s Optimus is not a new electric vehicle, as you might expect if you haven’t been following Elon Musk’s tweets. Also known as the Tesla Bot, Optimus is a humanoid robot concept that Musk announced just last year. There are already two working prototypes, one relying on off-the-shelf parts, and another, more refined version, that uses Tesla’s own actuator design.

In yet another, world-changing, grandiose plan, Musk described a robot that could soon supplement human labor in factories and potentially free the world from the burden of doing physical work for a living in the distant future.

What can the Optimus prototype do right now?

At Tesla’s AI Day 2 event, Musk presented two versions of working Optimus prototypes. The first was made about six months after the first AI Day event, when the Tesla bot plans were first publicly discussed. Musk referred to this prototype as Bumble Cee, a twist on a robot’s name from the Transformer franchise, Bumblebee. The name of Tesla’s Optimus robot is borrowed from the Transformer’s Optimus Prime.

Bumble Cee was complete by February 2022, using readily available parts to quickly assemble a two-legged, humanoid robot that can self-balance, walk, navigate using Tesla’s self-driving technology, carry, and manipulate at least two objects. A live demonstration was given of this first Tesla bot prototype at AI Day 2, walking at a slow but steady pace, untethered.

To protect the prototype, the only other live examples shown were waving at the audience and performing a short, conservative dance with arm movement and hip swaying. It was a very impressive showing for a first appearance, particularly since Bumble Cee was built in about six months.

Pre-recorded videos were next, the first showing Bumble Cee moving a box from a shelf to an office with people at their desks, placing the box carefully beside a person seated at a computer. More videos revealed that even this first Optimus prototype could identify objects with its computer vision, picking up a small metal bar at a Tesla factory and lifting a pitcher to water plants in an office.

The second prototype is much more refined in appearance, and Tesla said this Optimus prototype was built using Tesla-designed actuators that provide much greater freedom of movement. Unfortunately, this Tesla bot wasn’t ready to walk or even stand without support. The demonstration involved rolling the Optimus prototype out on a stand that supported its waist to allow arms and legs to move freely.

Honestly, it was difficult to get a sense of how this Tesla robot would compare to Bumble Cee from this portion of the demonstration. Tesla did, however, present several slides and photographs detailing the construction of the newer version and pointing out the advancements.

How good is the latest Optimus prototype?

The latest version of the Optimus prototype looks somewhat similar to the concept art shared in 2021. Several joints are exposed, as should be expected from a work-in-progress, but the robot doesn’t have as many wires and moving parts visible, providing a much better idea of what to expect from the finished design.

Using Tesla-designed actuators and other custom-made components, this updated Optimus prototype should exceed Bumble Cee in almost every way. When a part is optimized for a particular task, the result is often smaller, lighter, more durable, lower cost, and more efficient. That’s because every aspect of the component can be tweaked to more precisely fit the ideal design parameters.

Musk shared that the new Optimus prototype will probably be able to walk within a few weeks and said regular updates would be given as Tesla’s work progresses on this potentially game-changing robot. It remains to be seen how quickly the new version can be brought up to speed and we’ll update this article as more details become available.

When will Optimus be available to the public?

Musk answered a question about availability, saying you should be able to order and receive an Optimus in 3 to 5 years. That puts the estimated shipping date in the fall of 2027 or sooner. This date is far enough away that the accuracy should be discounted.

In the past, Musk has proven to be overly optimistic about how quickly Tesla projects will become actual products. Admittedly, speculating on such advanced and ground-breaking technology is bound to have a significant margin of error; however, Tesla’s missed delivery dates are a well-known and accepted reality. When Optimus becomes available for preorder, everyone should be prepared for the inevitable delays.

How much will Optimus cost?

Elon Musk estimated the cost of an Optimus robot at under $20,000. Musk explained why the Tesla bot would cost less than a car in various interviews before the AI Day 2 event. Compared to the cost of manufacturing a Tesla car, the robot uses far fewer materials at a much lower cost. On the other hand, some of its components are quite complex.

Tooling and manufacturing costs should be significantly reduced by the size difference. Casting the unibody frame of a Tesla vehicle and moving such large parts around the factory requires a large amount of space and is energy-intensive. Tesla’s Optimus robot weighs just 161 pounds and stands about five feet, eight inches tall, which is much more manageable than a vehicle.

Since Tesla cars are already packed full of computer chips, cameras, and other electronics, this reasoning seems plausible. This begs the question of who would spend $20,000 on a robot. Those wealthy enough to casually spend $20,000 on an unproven technology might be eager to preorder one.

For larger orders, industrial use seems likely, particularly in Tesla’s factories. If Optimus proves to be robust and reliable enough to do actual work, governments, organizations, and businesses would follow suit. Musk envisions Optimus serving as a robotic butler and caregiver to ease the burden of everyday tasks.

Who will get the Tesla Bot first?

Since Tesla needs to accelerate production at its Gigafactories and the Optimus robot will need to be tested and trained before shipping it as a product, it would make sense to use the Tesla bot at Tesla and SpaceX. Tesla CEO Elon Musk has recently confirmed this via a reply on Twitter. Naturally, the research lab is where the prototype was first tested but at AI Day 2, a video was shown of the Optimus prototype lifting a metal bar and this was at Tesla’s Fremont, California factory.

When Optimus is ready to move beyond Tesla’s facilities, it seems most likely that it would be put to use in other factories and industrial areas that have structured environments. At each stage of Optimus’ rollout, it will have to meet safety standards as required by law. Tesla is known to push these boundaries; however, so Optimus could become available to the general public sooner than expected.

What are Optimus’ specifications?

Tesla is planning to make a robot that can do nearly anything a human can do. It will have approximately the same size and weight as a person, at 125 pounds and five feet, eight inches in height. The robot should be able to operate for several hours without recharging. Eventually, Optimus is expected to be able to follow your verbal instructions to perform various tasks, including such mundane, yet complex jobs as picking up your laundry.

At present, the prototype is much more limited and this has more to do with its software and training than its hardware. The technical specifications are as follows:

The design of Optimus’ hands is an area of great refinement since this is a distinguishing characteristic of a human when compared to most robots. The hands of the latest Tesla robot design have 11 degrees of freedom, meaning that is the number of distinct ways that the hand can be manipulated. Also, each finger can move independently.

How can Tesla, a car company, make a robot? 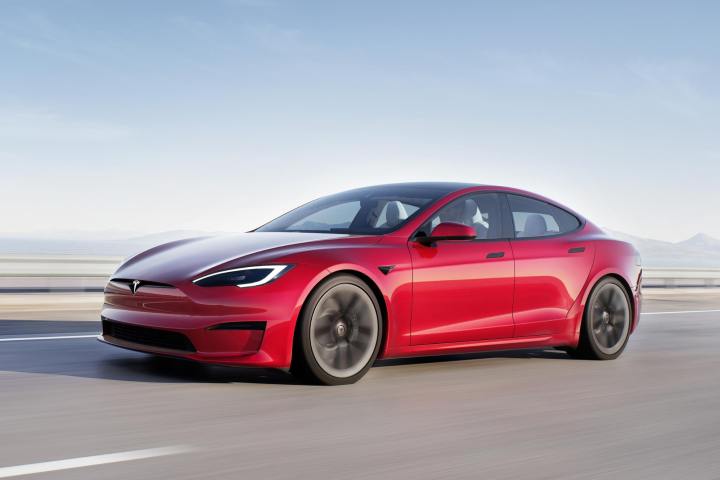 It isn’t really a stretch for Tesla to manufacture a robot, according to Musk, considering its ongoing efforts toward making an autonomous car. The same technology that allows a Tesla car to drive on a road with little human intervention can guide Optimus as it navigates warehouses, neighborhoods, offices, and homes.

Elon Musk explained the reasoning behind Optimus’ humanoid shape at the first AI Day event, pointing out that factories, offices, and homes are all designed by and for people. That means a robot with a different size and weight might have trouble fitting through a doorway, climbing stairs, reaching a control, or operating a tool intended to be used by a human.

For a general-purpose robot to have the greatest utility, it should have roughly the same height, weight, and girth as a person. That is a difficult constraint for most robots but Tesla has stuck to those parameters with its first two prototype units.

Will Optimus steal my job?

Since Optimus is designed to be able to do what a human can, some fear that it will displace the jobs currently held by people. While this is certainly a reasonable concern, Musk is quick to dismiss the idea. He claims that there is a worldwide labor shortage and a quickly declining population.

There are some indications that this theory is valid but not everyone agrees. To further address the worries of Optimus stealing human jobs, Musk describes a utopian future where the Tesla bot handles dangerous and distasteful work, leaving people with the freedom to explore creative and inspiring work or to simply enjoy a life filled with leisure.

As an end goal, that sounds lovely. The process of reaching that idyllic state could prove to be a bumpy ride with unskilled labor suffering in an unfair comparison with a tireless robotic competitor that doesn’t require any compensation or consideration. It’s impossible to predict how this change will progress but it’s a reality that is coming, regardless of Tesla’s participation in the robot revolution.

When Elon Musk first announced the Tesla bot at the AI Day event in 2021, describing it as “Optimus Subprime,” a demonstration was given. In truth, it was nothing more than a person in a costume. This quickly became apparent as the simulated robot busted some fancy dance moves as it made its way onto the stage. No one was fooled and it made the whole concept seem a bit like an elaborate joke.

To confuse matters, a significant amount of time was spent describing Tesla’s plans to become a robotics company in the near future and general specifications were even shared for its upcoming humanoid robot, the Tesla bot. Even so, it was unclear whether this idea should be taken seriously.

Musk, however, continued to discuss Optimus as if it was really on Tesla’s product roadmap, even giving it priority over the Tesla Roadster, Cybertruck, and RoboTaxi. At the September 2022 AI Day 2 event, Optimus danced again and this time it was an actual robot prototype. The dance was much more conservative this time, mostly arm movements and shifting the hips to counterbalance the weight, yet it was far more impressive since it was performed by a machine.

This is just the beginning of Tesla’s journey into humanoid robotics, and while there’s quite a bit more work to be done before an Optimus robot is ready to enter our homes, making a versatile Tesla bot for the factory floor should be much easier. That’s where the first versions of Optimus will be put into use.

We’ve summarized many of the finer details of the Tesla Optimus robot prototype and future plans for the Tesla bot but more details were explained during Tesla’s AI Day 2 live stream and the video is still available on YouTube.

Musk has stated that thousands of Tesla bots will be employed in Tesla Gigafactories. That’s the perfect environment to test and train this new generation of general-purpose robots. Over many years, as development gets more refined, Optimus may well end up in homes, becoming as common and necessary as a car is today.