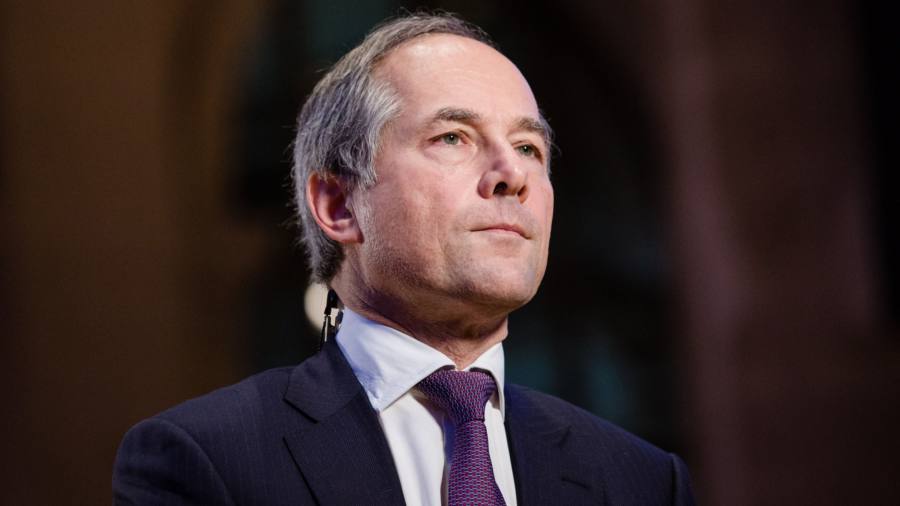 Oudéa, who has been chief executive of SocGen for nearly 15 years, will become a non-voting member of Sanofi’s board as a first step with immediate effect, Sanofi said. Shareholders will then have a say on his nomination as non-executive chair.

Oudéa’s term at SocGen is due to end in May 2023 and his successor is expected to be chosen in the coming weeks. Weinberg has been Sanofi’s chair since 2010.

The change comes as Sanofi chief executive Paul Hudson enters his fourth year in the role, amid questions about the strength of the group’s pipeline of experimental drugs.

Hudson is making strategic changes at the group that include exiting commodity categories such as heart disease and diabetes and pouring money into research into immunology and cancer. But several promising drugs have failed recently and Sanofi’s efforts to develop a Covid-19 vaccine have not yet borne fruit, a notable failure for one of the world’s biggest vaccine makers.

Analysts have questioned whether the company may need to consider more acquisitions to boost its pipeline.

There are bright spots, however, such as the blockbuster eczema treatment Dupixent, sales of which are growing much faster than predicted and are a big contributor to profitability. The group raised its annual profit target in July on Dupixent sales.

Weinberg said he was confident of Oudéa’s success and cited his experience of “managing and leading the digital transformation of a large global company in a highly regulated sector”.

Oudéa took over SocGen in the wake of a rogue trading scandal, and has been credited with stabilising the bank and navigating it through several other crises. His most recent strategic changes have begun to pay off with improved earnings.

But its share price has yet to return to pre-2008 levels and has lagged some rivals.

SocGen has been searching internally and externally for a successor to Oudéa. Sébastien Proto, a former Rothschild banker who is in charge of merging SocGen’s French bank networks, is seen as a strong internal contender, people close to the situation have said. Investment bank head Slawomir Krupa is also a candidate, the people said.