Shares in South Korea’s biggest internet group Naver dropped on Tuesday after it announced a $1.2bn deal to buy Poshmark, a US clothing reseller, as it pushes into the booming second-hand fashion market.

The deal is Naver’s biggest acquisition and its first foray into Silicon Valley as the South Korean company accelerates its global expansion.

But the size of the deal took investors by surprise, driving down Naver shares 8.8 per cent to their lowest point in more than two years. The shares have plunged more than 50 per cent this year as a result of a global tech rout.

Naver will buy all of Poshmark’s shares for $17.90 each, a 15 per cent premium to Monday’s closing price. Trading of Poshmark shares was halted on the news after surging 14 per cent in after-hours trading on Monday.

With the deal, Naver will be able to build its presence in the US online fashion re-commerce market by coupling technological advances, including live streaming features popular in Asia, with Poshmark’s social shopping platform and loyal customer base.

The US online fashion “recommerce” market is estimated at $80bn and is expected to grow by 20 per cent annually to $130bn by 2025, according to Activate Consulting.

Naver is South Korea’s biggest online search engine as well as offering internet services including games, webtoons, metaverse experiences and ecommerce. Poshmark has more than 80mn registered users across the US.

Poshmark would continue to be led by chief Manish Chandra. The company’s shares have declined over the past year and a half over concerns about slowing growth and weakening profitability. The company’s gross merchandise value is expected to increase about 10 per cent this year after an average of 25 per cent growth in the past three years.

But Naver expects Poshmark to regain its growth and profitability in the near future thanks to its robust user base and high retention rate.

“There is a difficult trade-off between growth and margins,” Kim Nam-sun, Naver’s chief financial officer, told analysts during a conference call on Tuesday. “But it will be hard to maintain the strategy of prioritising profitability at the expense of growth.”

Naver said the timing of the deal was “appropriate” and its price was “attractive” despite the deteriorating global economic environment. The deal is expected to close by the first quarter of 2023. 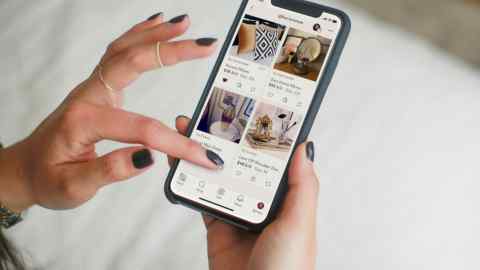 But analysts questioned the high price tag. “The deal looks expensive as Poshmark is likely to post about Won100bn ($70mn) of losses this year,” said Oh Dong-hwan, an analyst at Samsung Securities.

“It is especially so as all ecommerce companies are grappling with slowing growth after the pandemic-induced boom.”

Earlier on Tuesday, Citi analysts downgraded Naver’s stock to a sell rating, saying its price-to-earnings ratio was too high compared with its overseas rivals.