Hello and welcome back to Max Q. I hope all of our Florida readers stayed safe during Hurricane Ian — thinking of you guys. In this issue:

By the way…We are just a few weeks away from TechCrunch Disrupt, which is returning live and in-person to San Francisco on October 18-20. Use this link to receive 15% off passes (excluding online and expo).

Florida’s Space Coast battened down the hatches in preparation for the arrival of the extremely powerful and slow-moving Hurricane Ian, with officials rolling rockets back to the safety of hangars and delaying launches until the storm passes.

By Wednesday afternoon, Cape Canaveral Space Force Station and Kennedy Space Center (KSC) entered HURCON I, indicating that 50-knot sustained winds are likely within 12 hours. In light of these impending conditions, all non-essential facilities closed and the majority of staff were sent home. NASA also made the critical decision to roll back the Space Launch System rocket and Orion spacecraft from the launch pad to the Vehicle Assembly Building (VAB) on Monday, giving employees enough time to safely move the massive launch system ahead of the storm. The rollback, while indisputably necessary, will affect possible launch opportunities for the Artemis I moon mission. It’s looking likely that the next possible launch window will be no earlier than sometime in November.

Private companies with facilities on the Space Coast, including Relativity Space, United Launch Alliance and SpaceX, also secured their assets in hangars prior to the storm’s arrival. Two launches — NASA’s Crew-5, which was to launch on board a SpaceX Falcon 9, and United Launch Alliance’s Atlas V launch of two SES telecommunications satellites — were also postponed.

In an update, a NASA spokesperson writing on the KSC Twitter page tweeted that minimal damage was reported across most operational facilities.

In a big win for humanity, NASA successfully smashed a vending machine-sized satellite into a small asteroid, part of what the agency was calling the “Double Asteroid Redirection Test” (DART). The target asteroid, Dimorphos, is part of a two-asteroid system; while neither were in any risk of hitting Earth, the space agency saw them as an opportunity to test whether us humans could redirect an asteroid that was targeting Earth. After all, it’s happened before — just ask the dinosaurs.

NASA launched DART last November, using a SpaceX Falcon 9 to send the satellite on its collision course with Dimorphos. The DART spacecraft smashed into the asteroid moon at a speed of roughly 6.5 km per second on Monday evening at 7:14 p.m. ET, with confirmation of impact coming in a series of images from its onboard camera. 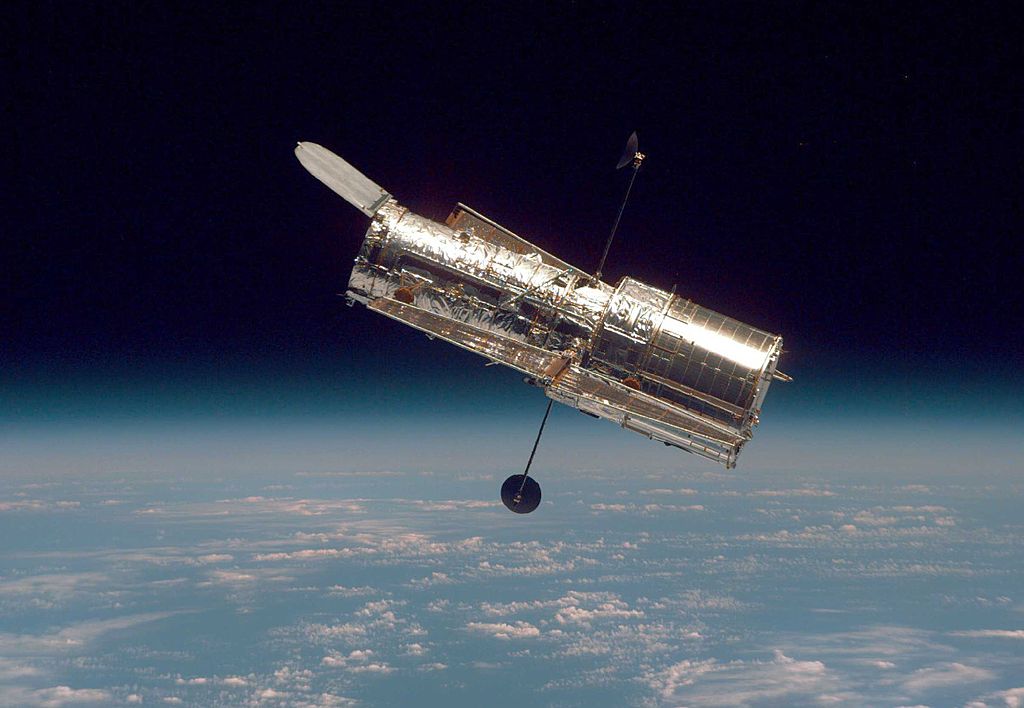 The Hubble Space Telescope, as seen from the Space Shuttle Discovery during Hubble’s second servicing mission in 1997. Image Credits: NASA via Getty Images.

Max Q is brought to you by me, Aria Alamalhodaei. If you enjoy reading Max Q, consider forwarding it to a friend.