In total, 14 batsmen are on the batters list, scoring 199 in Test cricket. Twelve batsmen were dismissed at a score of 199, and two others stayed unbeaten at 199 – Andy Flower (ZIM) and Kumar Sangakkara (SL).

This article will list all the batsmen who have dismissed or stayed unbeaten at 199 in Test cricket.

Batsmen with a 199 score in Tests

Angelo Mathews is the only batsman to dismiss both on 99 and 199 in Test cricket. Steve Waugh has once stayed unbeaten at 99 in a game against England at Perth in 1995.

Mathews got dismissed for a duck in the other innings of the same game, in which he was dismissed at 199. He is the first-ever batsman to have 199 and 0 in the same Test.

Andy Flower and Sanath Jayasuriya achieved this rare feat of getting a score of 199 in the third innings of a Test match. 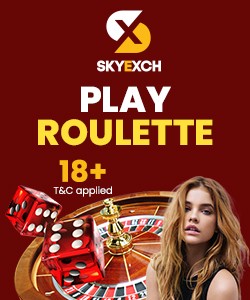 Younis Khan is the only batsman to get a run-out at 199.

Four batsmen from the above list have been dismissed at 199 outside home, with Mathews being the latest. Others are Matthew Elliott (AUS), Steve Waugh (AUS), and Steve Smith (AUS). Fun fact: Mathews, Smith, and Waugh have all born on June 2nd.

Overall, 92 batsmen have dismissed or stayed unbeaten in the score of 99 in Tests.

Only two batsmen’s names are in the rare list of a score of 299 in Tests. Don Bradman once stayed not-out in 299, thereby missing his 3rd triple century in the format. He jointly holds the record for the most 300s in Test cricket.

New Zealand’s Martin Crowe is the only batsman to get dismissed at 299 in Tests.