Hindustan Unilever’s chief executive said he believes India, the consumer group’s biggest market by volume, will overtake the US to become the largest market by value.

“I clearly see a day when HUL will become the largest Unilever business,” said Sanjiv Mehta, adding that he could not give a timeframe. The Indian subsidiary currently accounts for about 10.7 per cent of Unilever group sales, according to company data, and is one of the group’s best-performing units.

Unilever’s portfolio is tilted towards emerging markets with only the US exceeding the Indian market as a percentage of sales revenue. Together with China, the US and India have been earmarked by Unilever as key markets for further growth.

Hindustan Unilever’s market capitalisation is now $78bn — equal to 69 per cent of the $113bn market value of its parent Unilever, which owns more than 60 per cent of the India-listed business. In India, Hindustan competes against Nestlé India and, before the end of the year, Mukesh Ambani’s Reliance Retail for the loyalty of 1.4bn customers.

Hindustan is one of Unilever’s best performing emerging market businesses, said Martin Deboo, consumer goods analyst at Jefferies, adding that the company is “the jewel in the crown”.

Indian brands get as much respect, if not more respect, than imported brands

Mehta’s comments come at a turbulent time for Unilever. Chief executive Alan Jope announced he would retire at the end of 2023 following a failed bid for GSK’s consumer health division and investor discontent over lacklustre performance. Shareholders have been watching closely to see how inflation impacts Unilever’s portfolio, which is weighted towards emerging markets and spans budget to luxury products.

Inflation has squeezed India’s shoppers. For Indians on limited incomes, the rate of 7 per cent inflation “eats into their wallet pretty rapidly. So the money left for them, even for items which are more essential than discretionary, there is a stress”, said Mehta.

The Unilever subsidiary sells everyday goods from soap to soup in India, one of the world’s fastest growing major economies. India’s per capita gross domestic product was $2,277 in 2021, just below neighbouring Bangladesh and well behind China, at $12,556, according to the World Bank.

Despite Indian consumers feeling the pinch, Hindustan Unilever’s sales volume was up 6 per cent year-on-year for the three months ending in June, bucking the industry trend — market volumes of goods sold in the Indian market shrank 6 per cent in the same period, said analysts at Japanese bank Nomura.

Hindustan Unilever’s unaudited sales for the three months ending in June were Rs140bn, up 19 per cent year-on-year.

Hindustan Unilever has raised the prices of goods, from tea to detergent, but to retain customers Mehta said the company has taken less profit on some products, such as sachets of shampoo.

“You can reduce the size [of the sachets] only up to a point,” Mehta said, because too small an amount will not wash a customer’s hair. “We wouldn’t like to see them go to other brands, so we’ll take the hit on margins.”

Conversely, consumers with higher incomes are buying larger packs to get the best value, Mehta said. “We are seeing two trends happening: consumers moving either to smaller packs or moving to much larger packs.” 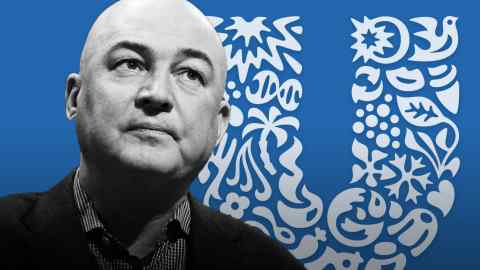 India represents a bright spot in South Asia, with debt crises erupting in Sri Lanka, Pakistan and, most recently, Bangladesh. “The biggest stress we have seen is in Sri Lanka,” said Mehta, who is also president of Unilever South Asia. He forecast that until Colombo can “get loans from IMF it will still be very tough for them”.

Mehta added that Indian consumers were increasingly eschewing international brands in favour of homegrown labels. “As a nation and in this generation, we’re leaving behind the colonial past. There is pride in India, which is very apparent,” he said, adding: “Now Indian brands get as much respect, if not more respect, than imported brands.”

“It will be good for the market,” Mehta said of the competition, arguing that India is “not a zero-sum game”.