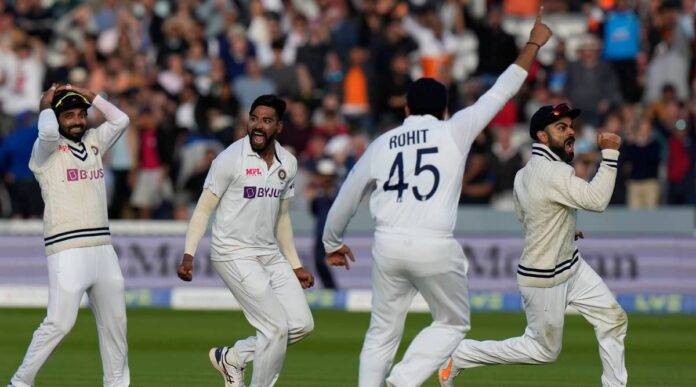 The England and Wales Cricket Board (ECB) on Thursday announced the playing XI team against India for the upcoming rescheduled fifth test match to be held at Edgbaston, Birmingham on Friday.

The team is going to appear with seven major changes when compared to the fourth test match held in 2021 at Oval. After completing a series with New Zealand where the hosts sealed a victory by 3-0, the ECB has come up with the playing XI list without much tweaks.

Sam Billings has been replaced in place of Ben Foakes, who was ruled out during the test series against New Zealand due to COVID-19. Meanwhile, James Anderson was added at the bottom where he was replaced by Jamie Overton after the former suffered an injury in the third test against black caps at Headingley.

According to a report published in The Hindu, England Captain Ben Stokes said unfortunately Foakes hasn’t recovered as well as we would have liked him to.

“So Sam is going to say in the team. (Foakes) hasn’t really recovered from last week and doesn’t feel like he could give the best account of himself this week. We took the decision out of his hands and said ‘get yourself better’,” he said, while addressing to reporters during a press conference.

The 31-year-old captain also discussed about the developments happening in regards to Anderson and his replacement, Overton, who scored 97 runs against New Zealand at Leeds.

“That’s how sport at the top level works sometimes. It must be very disappointing for him (Overton) but he can walk away knowing he did everything he could,” the news website quoted him as saying.

Nearly after 10 months, the suspended fifth test which was postponed after a COVID-19 outbreak in the India camp last September is going to be held on Friday. After noticing the increasing number of cases, most of the players moved out for the Indian Premier League held in Dubai.

Despite India has an edge as per the current result with the visitors leading two wins of the four matches held, the hosts are likely to dominate with a refurbished team which includes new coach, Brendon McCullum, and captain, Ben Stokes.

Our XI for the fifth LV= Insurance Test with @BCCI 🏏