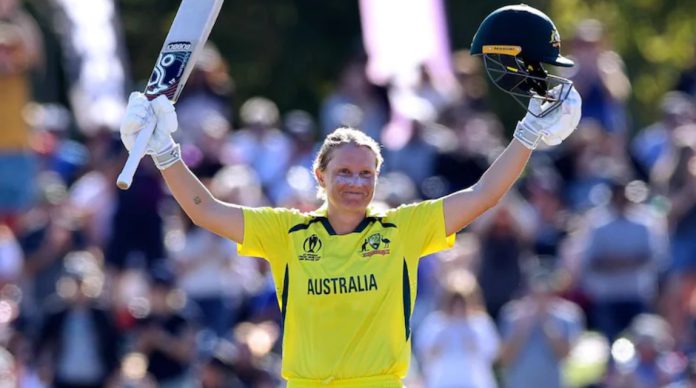 Meg Lanning’s personal sabbatical and Rachael Haynes’ retirement has prompted Alyssa Healy to start thinking about her own cricketing future. Shelley Nitschke will take over as coach of Australia’s all-conquering women’s side, and a new captain is also probable.

Healy, a wicketkeeper-batter who is certain she would be called upon for the leadership role. if Lanning is unable to do so in time for the T20 tour of India in December. She is among the favorites to do so. However, the 32-year-old claimed that she had recently been startled into considering her own goals.

About Rachael and Meg’s Break

Healy told AAP, “Meg taking a break and Rach retiring, it hit me like a tonne of bricks. It made me sit back and think about what I’ve been doing and what it looks like for me. The beauty is I still really love the game and love being involved at the moment. I’m just going to just keep plugging along and doing what I’m doing and continue to enjoy it.

What’s still ahead of Healy is one thing that keeps him going. Australia now has their first Test in India in 39 years set for next December, which was formerly thought to be the final frontier after they reclaimed the 50-over World Cup and won gold at the Commonwealth Games this year.

“Mitch jokes all the time at home that I’ve changed my mind about three or four times on continuing playing,” Healy continued. “But it’s simply because of the fact that there continues to be new opportunities that pop up that I want to be a part of.

“I’ve got mad FOMO when I’m just watching cricket. We haven’t really toured India that much over the little period of time. So the fact that we’re going there twice in the space of 12 months is exciting.”

Healy may provide Australia’s captaincy solution in the interim, given vice-captain Haynes has retired and Lanning’s future is still up in the air following his decision to forego playing in the WBBL.

Beth Mooney, Jess Jonassen, and Tahlia McGrath are the other likely contenders, according to Healy, who has openly acknowledged that there might be better choices. But she would be a clear choice because of her background. She is one of Australia’s most seasoned players and her tenure as NSW captain.

Healy said, “I’ve taken a lot out of captaining NSW. The beauty of our [NSW] squad over the last few years is leading a really young, inexperienced team. That’s been a really enjoyable job for me: Being able to talk cricket with young players.

“So I guess in a sense, it correlates across to the Aussie team. We’re in a similar sort of boat at the moment. I’ll take a lot of confidence and some experience out of that if it comes my way.”