Alpine on Tuesday revealed a more hardcore version of its A110 sports car, the A110 R.

The A110 made its debut at the 2017 Geneva auto show, and in 2020 the lineup was expanded with an A110 S which brought a boost in power and more aggressive chassis tuning. The A110 R builds on the A110 S by removing weight, stiffening the suspension further, and adding aerodynamic mods.

The A110 R weighs in at 2,385 lb, which is down 75 lb on the A110 S. Key weight-saving mods include several carbon-fiber replacement parts, including for the rear windshield and engine cover. Lightweight wheels and a pared-back interior with Sabelt Track bucket seats and 6-point harnesses have also made the cut.

The aerodynamic upgrades include a vented hood, rear wing with swan-neck struts, aero discs on the rear wheels, and underbody elements. These all help boost downforce without adding to overall drag.

There’s no extra horsepower here. The A110 R is powered by the same mid-mounted 1.8-liter turbo-4 found in other A110 variants, with the car’s peak 296 hp and 250 lb-ft of torque matching the output of the A110 S. However, there’s a new exhaust system that provides a distinct sound and is claimed to provide better heat insulation. Like all A110 variants, drive is to the rear wheels via a 7-speed dual-clutch automatic transmission. 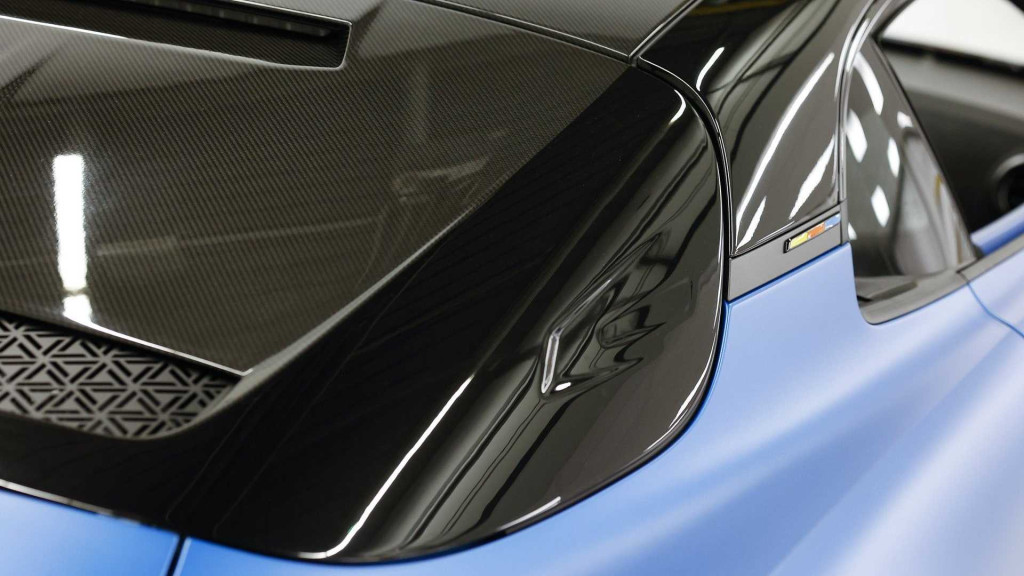 Order books for the A110 R open in November in markets where Alpine operates. Pricing hasn’t been announced yet. 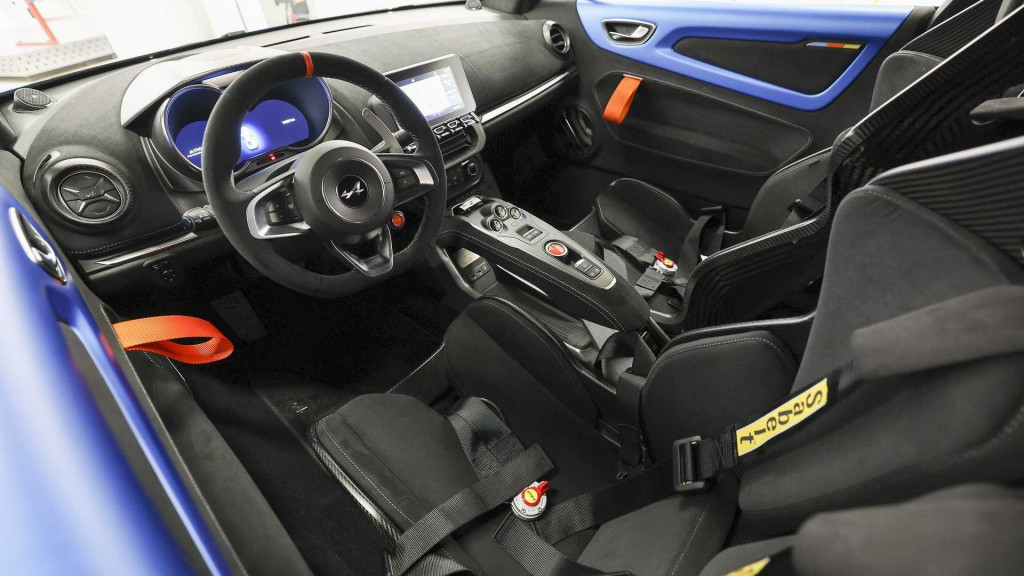 The A110 lineup is Alpine’s sole product at present but the company has teased a trio of vehicles that will kick off an electric transformation, including an electric replacement for the A110 being developed in partnership with Lotus.

The first of these future EVs will arrive in 2024. However, we’ll get a taste of what’s to come on Oct. 17 at the 2022 Paris auto show, where Alpine will present a concept described as the embodiment of its future product strategy and a new stage in its transformation into an EV company.