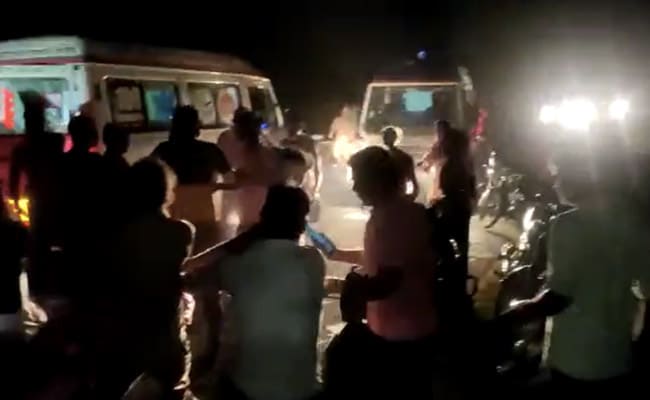 At least 31 people were killed and 27 injured in Uttar Pradesh’s Kanpur last night in two separate accidents, officials have said.

The first accident occurred when a tractor trolley, carrying around 50 pilgrims, overturned and fell into a pond near Ghatampur area in Kanpur last night. At least 26 pilgrims, most of them women and children, died, while 20 severely injured in the mishap, officials said.

The tractor was returning from Chandrika Devi temple in Unnao when the tragedy struck.

The injured were moved to a local hospital and the police and locals were involved in rescue operations, officials said, adding that police have suspended the station in-charge of Sarh police station for negligence.

In the second road accident in the city within hours, five people were killed and seven others injured after a speeding truck rammed into a loader tempo near Ahirwan flyover. The injured have been admitted to hospital for treatment, police said.

Prime Minister Narendra Modi expressed anguish over the death of 26 pilgrims and announced a compensation of Rs 2 lakh each for the families who have lost a member in the accident. The injured will be given a financial assistance of Rs 50,000 each, he said.

Chief Minister Yogi Adityanath also condoled the loss of lives and sent senior ministers Rakesh Sachan and Ajit Pal to the site to oversee the relief and rescue measures.

He also appealed to people to not use a tractor-trolley for transport. A tractor-trolley should be used for agricultural work and to transfer goods, he stressed. He is personally monitoring the rescue operation, a government spokesperson said in Lucknow.